FIFA 21 might be about scoring goals and winning games, but that doesn’t mean you can’t look stylish while you're doing it. So whether you're schooling your mates in online mode, kicking-off a new career or building a winning squad on FUT, you want to look the business.

Fashion matters, and that’s still the same in the virtual world.

Kaizer Chiefs’ home kit is a refreshing change from the mundane strips most clubs prefer these days. The South African side have followed up last year's tiger stripe pattern with another vibrant design which brilliantly captures the club's dominance in African football.

This season's strip features the classic waspish colouring, with a jagged, black flame stretching down from the shoulders into the yellow torso. It's menacing and we're big fans.

The 'Zebra kit' as it's come to be known, might not be to everybody's tastes but, on a game like FIFA, what's the point in opting for the mundane, the plain, the ordinary?

Manchester United's bizarre and brilliant away kit is exactly what a computer game kit should look like. If anything, it's more suited to the virtual world than in real life. Why not pair the world's weirdest kit with some strange signings on career mode while you're at it? David Luiz at centre-back, Mark Noble breaking down play in the middle of the park - the possibilities are endless...

The same vintage black and navy stripes... only some genius has made them into zig-zags! The Inter home kit looks phenomenal in real life as it attempts to contain the meaty torso of Romelu Lukaku, so why not sign a few more beefcakes and see if it's a common theme? Adebayo Akinfenwa might not have much pace in his locker, but this is Serie A - famously the slowest of Europe's top five leagues.

Just imagine those biceps in this instant Inter classic.

Every club tries out baby pink at some point. Juventus did in 03/04, Manchester United gave it a whirl more recently. Now it's Real Madrid's turn.

In real life, baby pink kits always feel like some bold statement about masculinity and fashion. In the FIFA series, though, they just look cool. Feel like taking a break from the classic all-white look? You need something a bit different, a little more colourful, a little more pink. We know just the thing.

Monaco have had some of the coolest kits in world football down the years but this season's third kit is one of our all-time favourites.

They might no longer have some of the best talents in world football (James Rodriguez, Kylian Mbappe and Benjamin Mendy are just a few of the team's more high-profile departures over the past 10 years) but you can change all of that on career mode.

Signing the best players and then popping them in this gorgeous yellow and navy Kappa design is a must on the latest editions of FIFA.

Another of our favourites released during the summer. It's hard to do grey and make it look cool and, while we usually think colourful kits look much better on FIFA than the plainer ones, this Ajax away strip is so retro it still gets a thumbs up from us.

Playing as the Dutch club on FIFA is a winner anyway, given the quality of players that come through the youth ranks every season, but now there's an additional reason. There's barely a better dressed team on the planet this year, with the home and third choice kits also winners this season. 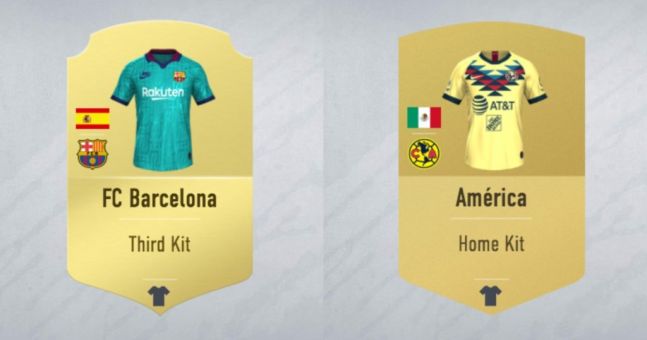 A desperate, retro hark-back to the golden collared days of Pep, that Wembley win and the days of Barcelona's undisputed status as the greatest team on Earth. Sad as the club's latest home shirt may be, we at FFT love it.

It's chunky stripes and the aforementioned collar are genuinely cool, and as this may be one of the last editions of FIFA in which Lionel Messi dons the famous red and blue shirt, it's well worth firing up a season and enjoying the wee maestro for as long as possible in the threads he was born to wear. Well, this is obviously among the coolest kits in the world. Malaga might not have the cash or the status - they're sadly a second division club these days - to attract even second rate stars these days, but FIFA needn't mirror reality.

Start a career with the Spaniards and turn them into the snappiest-dressing world-beaters the world has ever seen. Just imagine Neymar in this devilishly-cool green and purple magic eye of an away strip? He'd actually love it, to be fair.

Known, first and foremost, for their energy-saving, environmentally-conscious, vegan-menu-offering ways, Forest Green Rovers have now got a sensational kit to go with their status as one of the world's coolest clubs.

This is one of those kits that look incredible in high-def, on a big screen, on a sunny day at the Bernabéu. It wouldn't ever happen in real life, but a few seasons on career mode should have you in the upper echelons of the game in no time, and right where this amazing strip belongs.

Where do we begin? The cool collar, the classic colour combo, the fact there isn't even a sponsor? We love every single stitch of it.

Fluminense might just have the best home kit on the planet this season. The green and red looks especially great in high-def. Even if you don't know a thing about the Brazilian league, you'll be tempted to give a career with the Rio-based side a go. If not, they'll look the part in a one off friendly-match-stroke-kit-off with Forest Green Rovers.

While you’re here, subscribe to FourFourTwo and save 48% – available until Christmas. It’s the perfect gift idea for anybody who loves football (including yourself)!

RANKED! The 10 best playmakers in the world 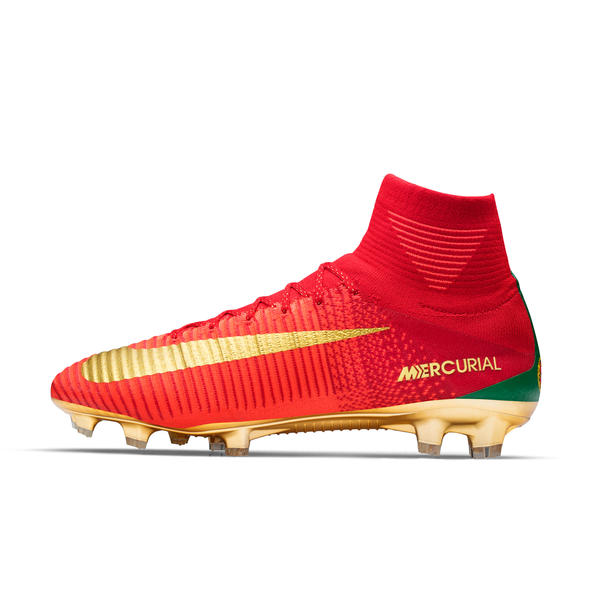