We’re finally back at it. 2019/20 is now firmly underway and after taking in the opening rounds of fixtures around Europe’s top leagues, we’ve had a bit of time to take in the teams that have been making a splash on the pitch while kitted out in a season of game-changing new looks.

Plenty of eye-catching moves have been undertaken by football shirt manufacturers this summer. Nike and adidas broke hundreds of years of tradition in sacking off the stripes for Barca and Juve’s home jerseys, while sides lower down their respective leagues like Brighton & Hove Albion and Frankfurt were blessed with table-topping heat. Even Jamie Vardy has been able to look saucy up front for Leicester in their bright pink away jersey for this campaign. There’s been a lot to take in. 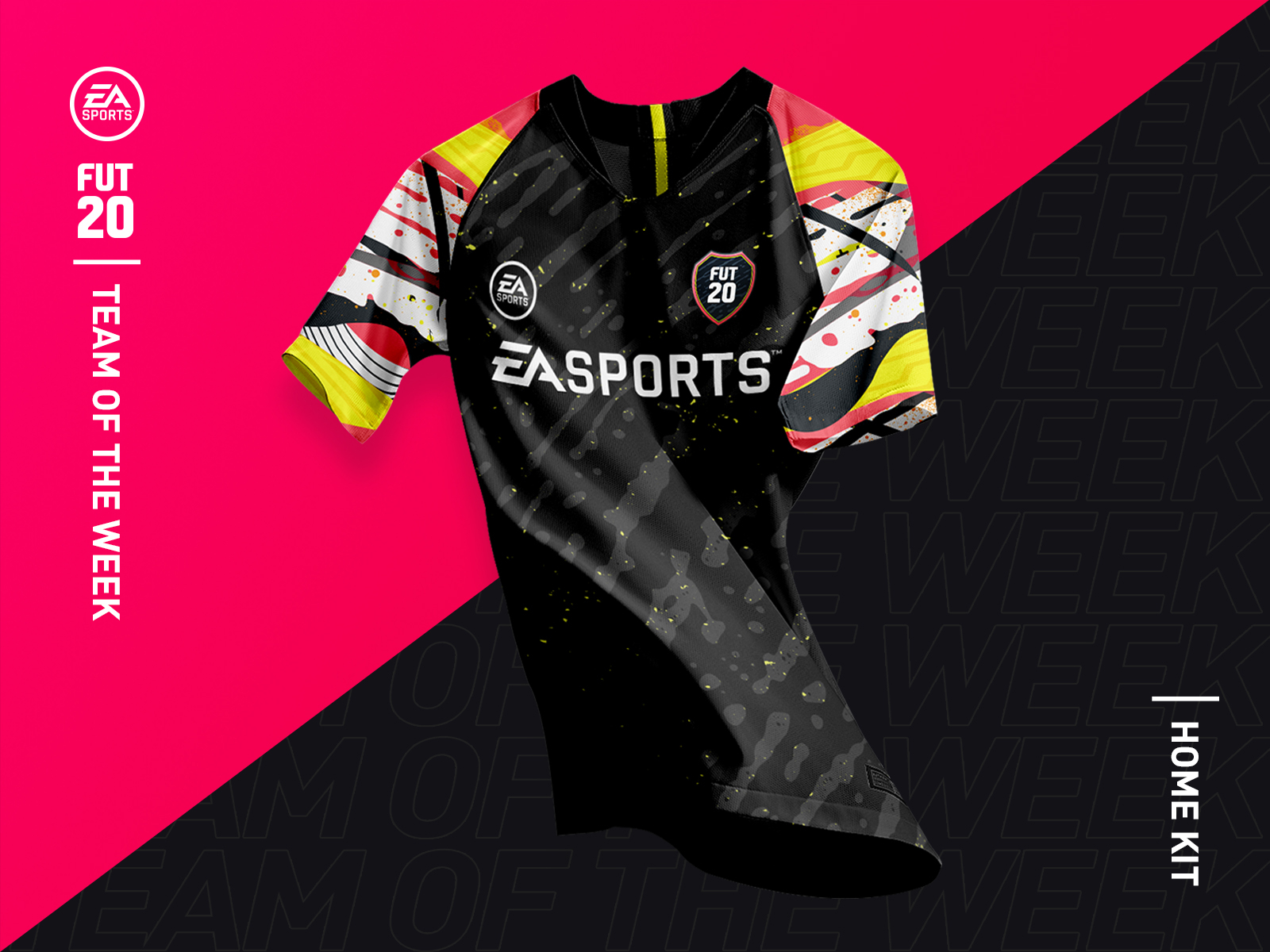 Far from charging fans a fortune for the same old shirts, manufacturers stepped up their efforts to really deliver new takes on club shirts all around Europe this year. From major manufacturer changes at The Emirates and The Etihad through to designs that look purpose-built to enrage TalkSport listeners, there’s lots of new drip to choose from. We’ll cut to the chase and let the shirts do the talking – here’s the VERSUS list of the 20 waviest football shirts this season.

New Balance iced-out Liverpool’s away shirts to ensure the European Champions will be looking ultra-clean on their trips out of Anfield in 2019/20, with the minimalist design paying homage to legendary manager Bob Paisley and the club’s first European Cup success back in 1977.

The RB Leipzig 19-20 Home jersey features strong Nike and Red Bull branding alongside a wavy light grey all-over pattern to create one of the best Bundesliga designs this campaign.

Barca sacked off the stripes for a Croatia-style checkerboard design for their 2019/20 home kit, in one of the boldest moves in the club’s rich history. Honouring the city’s Eixample district, the kit pays homage to Catalan creativity and Antoni Gaudi’s iconic architecture by ripping up the rulebook, while keeping the renowned red and blue colourway with subtle red and yellow detailing to salute Catalonia’s flag.

Lyon have been linking up with adidas since the start of the 2010-2011 season, but their 2019/20 Away strip is arguably the best kit the Three Stripes have produced for the club to date. Royal blue, pin-striped and featuring that classic collar and sleeve design adi have been implementing for a few clubs this season, Lyon’s away kit is one of adi’s most underrated designs – you’ll see a new generation of Lyon ballers donning over the next 12 months.

Jadon Sancho cheffed up Bayern in the German Super Cup final while looking the part in the club’s Cup Jersey for 2019/20. Arriving in the same colourway as the club’s world-renowned black and yellow home strips, PUMA’s tournament shirt for Dortmund offers up a wavey design across the collar, inspired by the roof construction of Signal Iduna Park.

While they don’t reinvent the wheel with each drop, adidas’ Real Madrid kits are usually a shoo-in for lists like this one every single season. The club’s 2019/20 away strip takes being wavey literally, with the kit dressed down in a subtle soundwave design and accented with regal gold drip for the most successful club in European football as they chase yet more silverware with a glut of new big-name ballers this time around.

The cleanest jersey PUMA produced this season was gifted to AC Milan. Breaking from their long-term adidas partnership in recent seasons has meant that PUMA have the monumental task of serving up the goods for one of the most iconic teams in world football, and they duly delivered – slimming down the stripes for a slick shirt with a street-ready aesthetic.

Not many would think of Leicester City as a classic street-style inspired club (though we’re sure Kamakaze might disagree), but the Foxes bright pink away strip has given them that status ahead of the new campaign. The Foxes will look to do bits in this one all season long.

Frankfurt and Nike isn’t one of the game’s most well-known partnerships, but this kit is one of the best you’ll see in world football this season. Worth keeping an eye out for Frankfurt results this season just to see this shirt in all its glory. Levels.

Brighton & Hove Albion’s partnership with the Swoosh elevated this season, with Nike evidently paying closer attention to detail for the Seagulls this season. Their away kit is one of the cleanest jerseys you’ll see this season, with subtle branding and a murdered-out design, this is a lowkey staff favourite.

Man City’s third strip came out looking different. PUMA served up a kit that looks like a Calippo Shots canister (remember them?), and is probably the most experimental shirts from any of the big boys in the Premier League this season. You’ll have to be saucy to pull it off, but for the sheer boldness of the design, this one makes the cut for our top ten.

Bayern are now well-renowned for dropping off hard kits each and every season ready to be donned on the streets. The third kit this season’s coldest, arriving in a clean blue colourway with infrared accenting. Accompanied with some low-key three stripe branding, subtle T-Mobile sponsor, and a low-key diamond graphic this one looks like one of the easiest kits to flex in off the field this season.

Inter’s away jersey was widely praised by fans when Nike first dropped back in June, with the mint fresh colourway immediately appreciated by Serie A and shirt lovers across the globe. Based on Julio Cesar’s old goalkeeper kit he won the treble in with the Nerazzurri a decade ago back in 2009/10, this one looks ready-made for Romelu Lukaku and company to challenge Juve in his season.

Umbro and West Ham seem like natural partners when it comes to putting a fit together, and the last few years have demonstrated exactly why. The Hammers away shirt this season is indisputably the best the pair have partnered on yet, with the classic template undoubtedly one of the best shirts you’ll see this season.

adidas have truly blessed the Old Lady with drip in 2019/20, and truly shook it up when they broke Juve’s world-renowned shirt tradition for the season ahead. After 116 years of wearing iconic black and white stripes, Juve’s new home kit sees a bold switch to a half-and-half design with a pink stripe down the middle, which immediately saw the Turin club closely follow PSG as the most fashion-forward club in football.

Arguably the most anticipated jersey of the year fully lived up to expectations when adidas finally unveiled the Arsenal home shirt this season. Ushering in a new era of drip at the Emirates, the Arsenal Home shirt looked to the past with the shirt’s classic cuff and collar construction, confirming to everyone that both the Gunners and the Three Stripes meant business this season.

We’ve got to admit we didn’t rate Chelsea’s Home strip when Nike first unveiled the details ahead of 2019/20. Compared to the design seen on London bus seats, the print is definitely one of the most daring home shirts the Swoosh produced this season – but it’s grown on us the more that we’ve seen of it, with the Jordan Vickors and Daniel Pacitti-styled lookbook confirming the jersey as an easily street-styled piece.

Alongside adidas x Arsenal, the second round of PSG x Jordan was the other most hotly-anticipated drop this season – and the pair didn’t disappoint at the second time of asking. Coming correct in a striking and iconic Infrared colourway, PSG’s away drip should see them stand out on and off the pitch. The Jumpman influence runs deep on the shirt, with the colour referencing the OG Air Jordan VI colourway back in 1991 and bringing it back for a new generation of fashion-focussed football fans.

Adidas have ensured the Old Lady will be looking on point in every game this campaign, and their away shirt is the pick of the bunch. The super-clean strip features an all-over camo graphic with wavey, red tint, with Turin’s urban buildings and structures also referenced in the strip with the patterns of these buildings remixed to create a cold new camo print designed to be donned on the streets.

Arsenal’s away jersey is a certified future classic, providing a well-executed new twist on the iconic ‘Bruised Banana’ jersey from the early 90s. The kit immediately popped off on social media when it was unveiled to the world last month, and looks as good on the likes of Reiss Nelson and Ainsley Maitland-Niles out in LA as it will at Carnival this year. Blessed with the best drip of the upcoming season and armed with an array of necessary new players, expect to see plenty of long-suffering Gunners supporters come out of retirement and don the best shirt of the season (with ‘Pepe 19’ probably printed on the back). Arsenal and adidas is undoubtedly 2019/20’s standout partnership.