The Smith & Wesson Model K-38 Target Masterpiece Revolver Model 14 is a six-shot, double-action revolver with adjustable open sights built on the medium-size 'K' frame. It is chambered for the .38 Special cartridge, and most were fitted with a 6 in (150 mm) or 8+3⁄8 in (210 mm) barrel. A small batch were made with 4 in (100 mm) barrels, and even fewer were made with 5 in (130 mm) barrels. First produced in 1947 and originally known as the K-38 Target Masterpiece, it was renamed the Model 14 in 1957 when all Smith & Wesson revolvers were given numerical model numbers. It is built on the same medium-sized frame (K-frame) as the seminal Smith & Wesson Model 10 ('Military and Police') revolver. The K-38 model was authorized for duty with the Los Angeles Police Department[1] in the 1960s and early 1970s.

The Model 14 Masterpiece Single-Action was available in 1961 and 1962.[2] It came with a 6 in (150 mm) barrel and functioned in single-action only. It was otherwise identical to the rest of the Model 14s.

Smith & Wesson also released a Model 14 in their 'Classics' line. A nickel-plated version[3] has since been discontinued, but the blued-steel version[4] is still available. Other than the finishes, the revolvers were identical with 6 in (150 mm) barrels, a pinned Patridge front sight, a micro-adjustable rear sight, and wood grips. 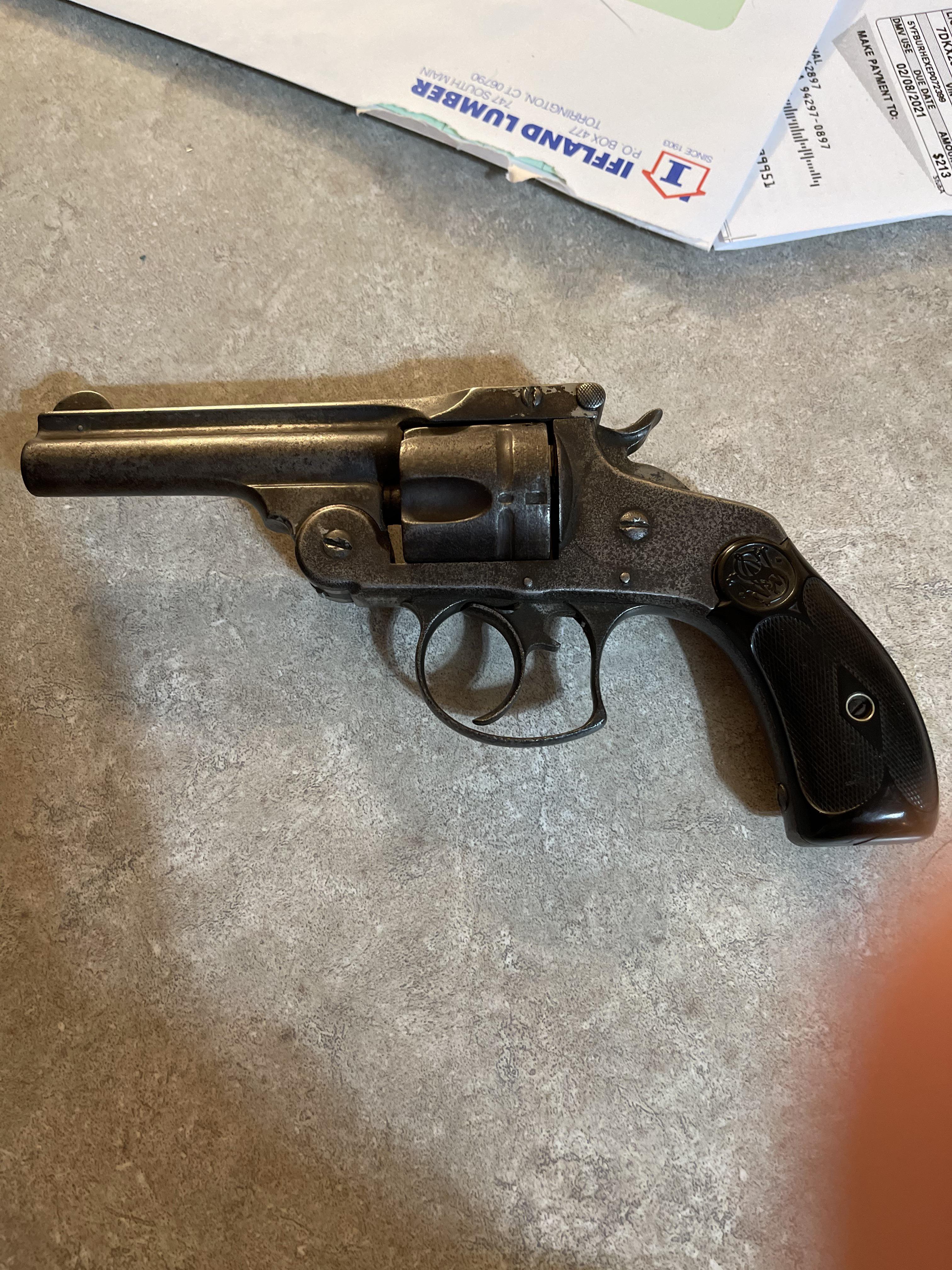 Promotinoal Content for Smith & Wesson. This is a carousel with auto-rotating slides. Activate any of the buttons to disable rotation. Use Next and Previous buttons to navigate, or jump to a slide with the slide dots.

Our most comfortable, high-capacity, concealed carry, Micro-Compact ever.

The M&P Shield® Plus

Off Duty, Not Off Guard

Easy to use features in a compact, slim design.